The Best of Best Friends
A child never forgets their first dog and all the experiences that come with that responsibility, especially the last adventure that they go through together. But what if every child was born with half their soul imbued into that first dog? In a parallel universe, humans are born into the world with half a soul; the other half is represented by a symbolic dog. The dog and the human are one and the same, tied together forever until one dies. They communicate in a special way, as only they can understand the other through emotions and thoughts. This is a world where that first dog is with you forever and is part of you forever.

The Rules
1. Follow all site Rules; if you don't remember them all, click here to touch up on them.
2. As the owner of this thread, I have the final say in any matter.
3. This is a first-come first-serve kind of RolePlay; if a dog breed is taken, you may NOT use it. I will have a list of breeds that have been taken.
a.) I am not prejudice, but I request that you only use pure-bred breeds (no mutts please).
4. Please use the form I provide. I will not accept those that do not follow this rule.
5. This is a semi-literate RolePlay; I am expecting paragraph posts AT LEAST (correct grammar, spelling, and sentence structure is always a must).

The Community
Many people make up the small town of Maycomb and the mayor has provided a list of its citizens and their dogs.

Name: Emma Trenton
Gender: Female
Age: Nineteen
Soul Dog: Boxer
Personality: Emma is a die-hard 'ask-questions-later' kind of person who will often act before thinking a situation through all the way. She is not known for her ability to keep her mouth shut and often spits out whatever she feels needs to be said at the wrong time. Bold with her sharp-tongue, she is not afraid to stand up for what she believes in and will defend that truth to the bitter end. Crude with her words, she is known to be brutally honest and isn't gentle when putting others in their place. Reckless and instinctive, she'll often leap into a dangerous situation head-first with out examining what could happen if something goes wrong. Despite this, Emma does try and see the brighter side of things, though, her optimism doesn't come without a sense of dry humor. Getting past her hard outer-shell can be a difficult task, but once her friendship and respect is gained, she proves to be quite a likable person. Compassion and kindness are witnessed on rare occasion when she knows that someone needs it and does not simply 'want it'. She is very protective of those she cares about and will often put them before herself, resulting in some perilous positions that have left their mark. A firm believer in doing what is necessary, it can be hard to tell where exactly Emma stands on the playing board. But, she assures the thoroughly confused that she will never stray from doing the right thing; it's just that she sometimes does it at the wrong time.
Appearance:
CLICKIE!

Name: Cameron Lockwood
Gender: Male
Age: Eighteen
Soul Dog: Rodigan Ridgeback
Personality: Cameron comes off as a pretty nice guy with nothing but the best of intentions. Don't be fooled by the boy's charming ways, though; he's always got something working for him. Arrogant but sweet, he can be hard to read sometimes and often acts like a dick when it comes to the ladies. Calling him a bit spoiled would be the understatement of the year. Cam very much so expects everyone to do his bidding when he sees fit. Despite this, he is far from a coward and is always willing to offer his courage to a situation where it is needed. But, because of his selfish streak, he expects something in return for his favors. On rare occasion though, Cameron will pull an act of bravery for nothing but the good of others and his better side is exposed. But only on rare occasion.
Appearance:
CLICKIE!

Joining!!!! I call Pitbull IT'S MINE! XD

Name-
Jake Sean Hunter, Jake was born with the middle name of Lucas that's what it reads on his birth certificate.

Personality-
Jake is one of the nicest people you will most likely ever meet, he would give the shirt off his back to almost any one. He often helps people with money, when they need it. Jake although does have a dark side, he will beat the hell out of anyone that chooses to harm one of his friends and or family. It's best to stay on Jake's good side. Other then that though Jake is extremely sweet, he loves to be around people, and he's always the one that can make you laugh. He is really good with both kids an animals. To the point where he can walk up to a random dog with out them barking. The younger kids in the house call hit magic, but Jake had been around people since the day he was born. Jake loves art and every form of art. Dance, music, painting, drawing it all. Jake is the kind of person that it's hard not to fall in love with. He’ll flirt with just about anyone, not meaning that he would date them. He's just a flirt he finds it fun. 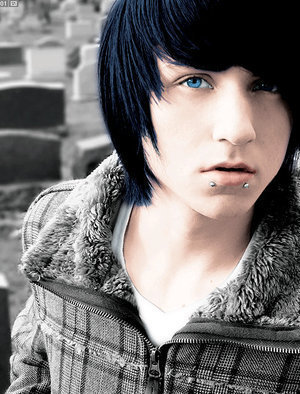 Personality-
Fhrhdfhdfhdnfhr Do I have tooo?
Appearance- 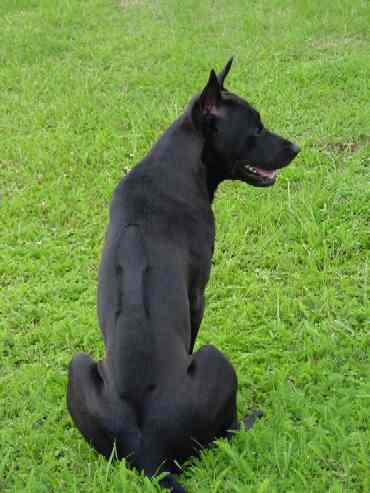 Find out how your name would be written in Hieroglyphs

Mind if I Join? btw I want the Siberian Husky or Alaskan Malamute